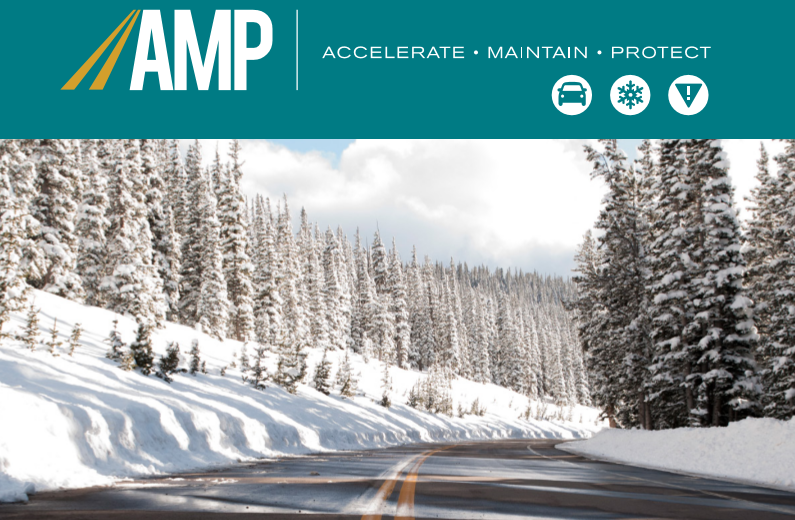 Brine additive, AMP®, got its name for a reason; because it AMP-lifies the performance of anti-icing and deicing programs when combined with salt brine. AMP is a clear, odorless liquid that effectively treats roads before and after storms by reducing snow and ice buildup. Salt brine used alone to pretreat roads often dries out and does not stick to roads, which can be a waste of product and money. AMP combined with salt brine allows the product to bond to the roads, even in the most severe conditions.

An Ice Hardness Test was conducted that compared 10% AMP with salt brine and 20% AMP with salt brine to a competitor product, stand-alone salt brine, and water. This test was performed using a penetrometer, a stainless-steel cone that measures the hardness of a material. The penetrometer was dropped into the frozen material, measuring in (mm) the penetration into the snow. The deeper the penetration, the softer the snow and ice. 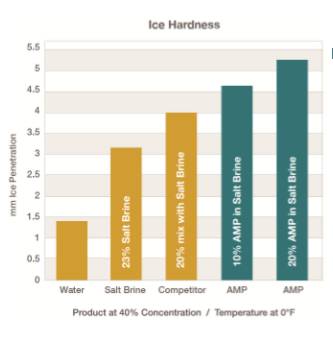 EnviroTech Services, Inc. developed AMP to address numerous concerns and insufficiencies of conventional brine. Although conventional brine is relatively inexpensive, it requires consistent reapplication. The material volume, labor costs, and equipment usage can’t be overlooked when considering total cost of ownership. AMP’s faster melting performance reduces the application rate, making it a cost-effective solution. The cost per mile of roadway is reduced significantly with AMP, which yields a positive return for investing in a superior product.

AMP also exceeds Pacific Northwest Snowfighters Association (PNS) specifications for corrosion protection. An 80/20 blended ratio of brine to AMP has been approved by PNS for corrosion inhibiting characteristics, and can be found on the PNS Qualified Products List (QPL). A 90/10 blended ratio is recommended for those looking for a significant reduction in corrosion score (typically 40-45 on the PNS scale). 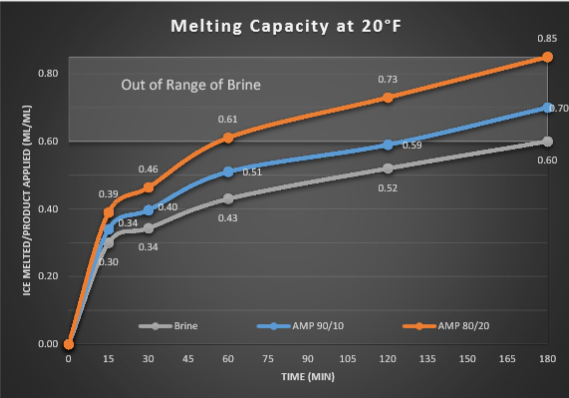 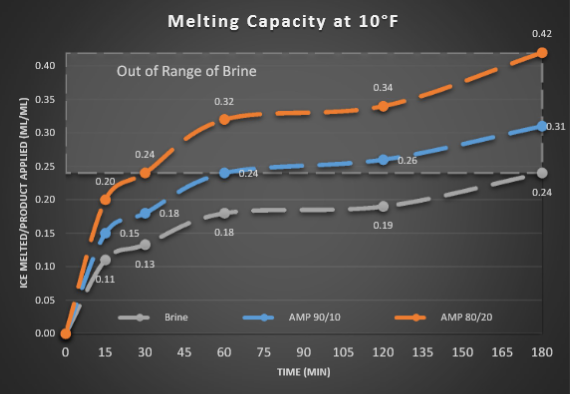 Thorough testing demonstrates the extent of the increased melting capacity provided by AMP. By exploring the effectiveness of AMP, EnviroTech Services, Inc. found it to be the brine additive necessary to expand brine utility while remaining cost-effective.