Ice Slicer: How Does it Compare to The Competition? 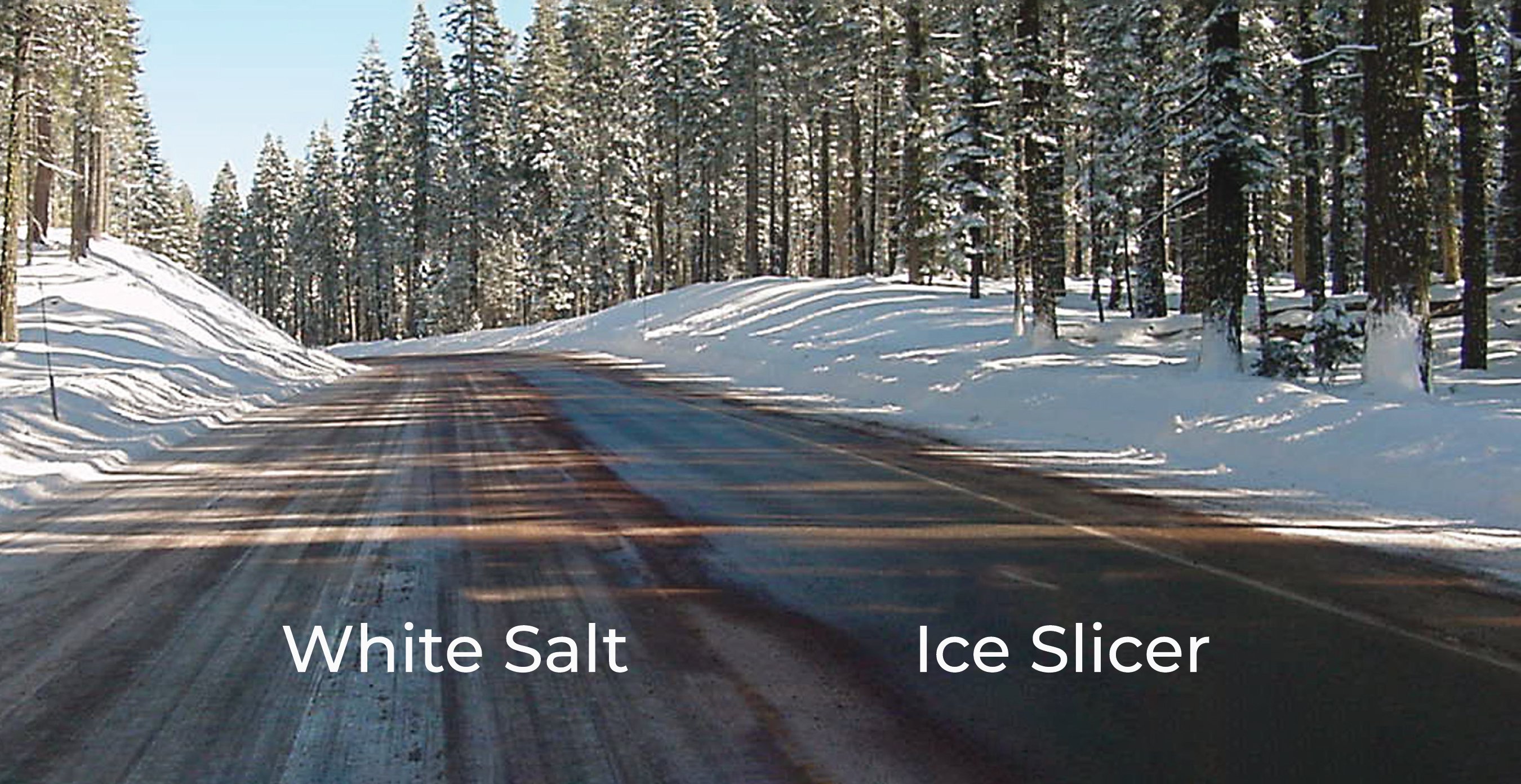 Granular deicer, Ice Slicer®, has increased power to break the bond of snow and ice from various surfaces compared to traditional deicing solutions. Ice Slicer is a homogenous (non-blended) solution primarily composed of four complex chlorides and  50+ trace minerals. Although the initial price of Ice Slicer might be higher than traditional solutions, the superior performance decreases overall costs because of lower application rates and reduced manpower. Additionally, the natural corrosion-inhibitors crystallized within each granule prevents excess damage to machinery, which decreases the overall cost of ownership. 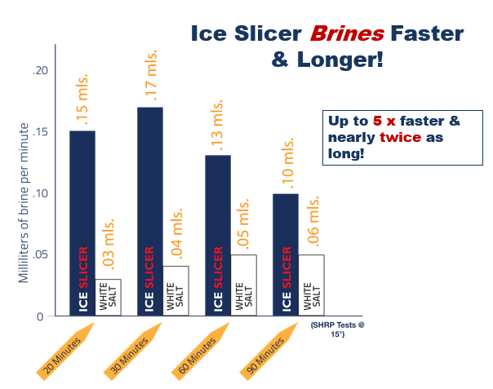 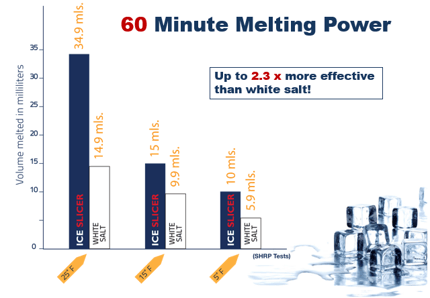 Ice Slicer can also prevent corrosion damage to vehicles that is typically caused with white salt. “Ice Slicer tested 38% less corrosive than white salt” (UDOT). Customers have reported a decrease up to $200,000 spent on guard rails! Another way Ice Slicer reduces overall cost is because it can outperform white salt even at a 20-50% lower application rate

A common deicing solution is sand. Sand provides instant traction, high visibility, lower front-end cost, is non-corrosive, etc. It might look like a viable solution at first, but the negative aspects of sand are often overlooked. Unlike Ice Slicer, sand is not an active material which means the deicing capabilities are almost non-existent.

It might be non-corrosive, but it clogs sewers and drains as well as causes damage to windshields, which can add up to be a costly expense. The damage sand causes combined with the cleanup, mixing costs and high application rates leads to a higher overall cost than Ice Slicer. In most situations, Ice Slicer does not need to be mixed with sand or grit because of Ice Slicer’s natural traction capabilities. Overall, Ice Slicer is an environmentally sensitive, cost-effective, and powerful deicing solution that outperforms competitors time after time.

To learn more about how Ice Slicer can better suit your needs, please visit our website or speak with a representative at 800-369-3878.