With the assistance of EnviroTech Services, Inc., the Nez Perce County Road and Bridge Department in Idaho is now using Ice Slicer®, a granular deicer composed of naturally occurring minerals and complex chlorides. Check out "Ancient Salt the New Thing for NPC," by the Lewiston Tribute about Nez Perce County and Bridge Department using Ice Slicer.

Lewiston area Road Foreman, Paul Snider, noted that they have not had the opportunity to use Ice Slicer in the past due to mild winter conditions, until now. Paul Snider has worked with the road department for 33 years and used various deicing and anti-icing products, but the superior performance makes Ice Slicer hard to forget. To learn more about Ice Slicer, click here.

“It’s a lot more environmentally friendly, and it’s not as corrosive,” he said. “And before (Ice Slicer), we would wait for the storm and put the material (like magnesium chloride) down on top of the ice and snow. But this way, we’re putting it down before the storm so that when we get to it, it’s a lot easier to remove. All we need is that crystal ball to predict the weather.”    - Paul Snider, Lewiston Area Road Foreman

Using a proactive approach and using Ice Slicer as an anti-icing treatment, Paul Snider saw an increase in overall operational efficiency. When Ice Slicer is pre-applied, it begins to melt the snow and the salt works to form a brine which prevents the ice from freezing to the roadway, making it easy for plows to clear roadways. 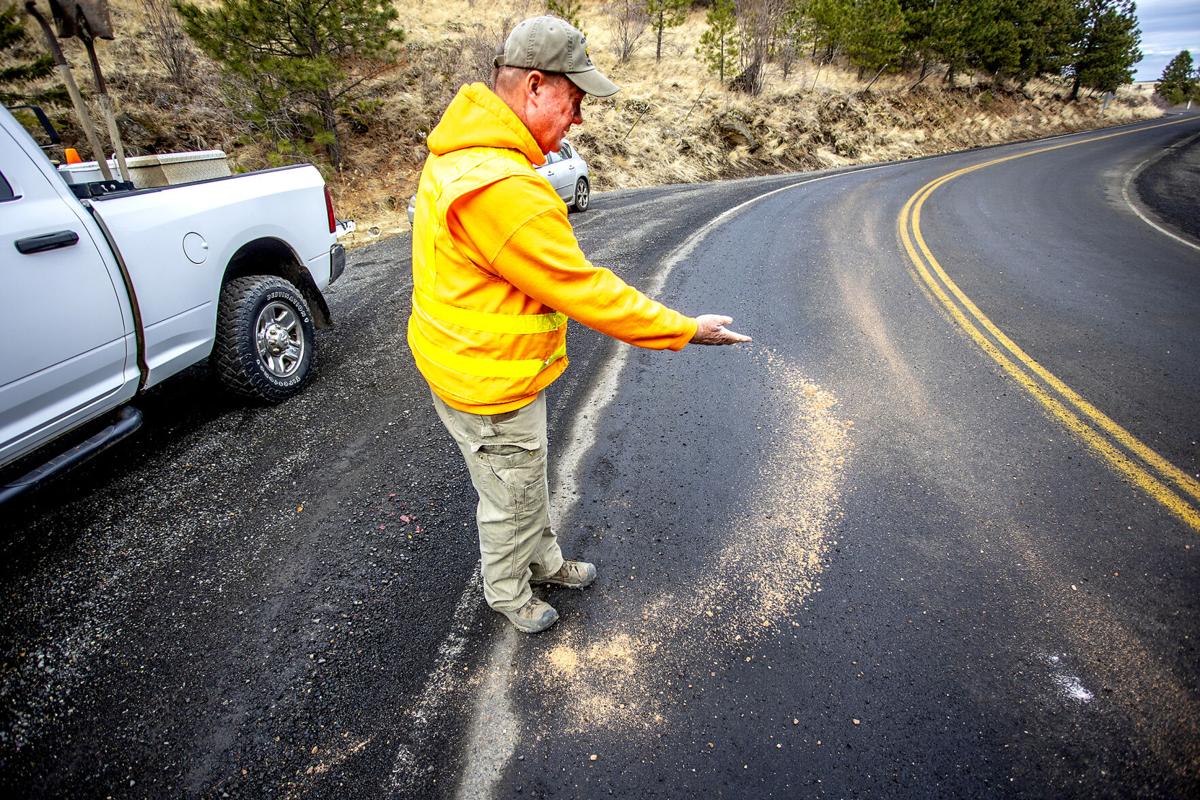 Because Ice Slicer requires such a low application rate, Snider was able to use four times less material to prevent ice from forming before the storm rather than trying to melt it after the storm! Additionally, trace elements in Ice Slicer act as a buffer to the corrosive properties of salt, which reduces corrosion damage to road department equipment, bridges, and guardrails.

The benefits of Ice Slicers low application rates are numerous. Not only are costs for manpower, equipment maintenance, and raw material are reduced but less chlorides are introduced to the environment. As a PNS Qualified Product, Ice Slicer is one of the most environmentally sensitive deicing and anti-icing products on the market. Ice Slicer cuts out the need for sand thereby reducing sediment loading on roads and in nearby streams.

Although the initial price of Ice Slicer can be more than alternative products, the superior performance and numerous benefits of a lowered application rate makes it the more cost-effective option.