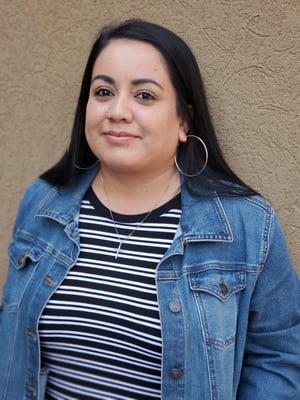 My name is Veronica Lopez, and I would like to share a little about myself and how I went from a high school intern to long-term committed employee at EnviroTech Services, Inc. I was a junior in high school at Greeley West when I was enrolled in an ACE class that focused on business and gave students tools to enter the working world. I was hand chosen by my teacher, Jeff Cranson, to respond to an opportunity from a company to do a part-time internship. This was great news to me because it meant I would also earn a credit towards graduation for being employed while completing this ACE class. I was a very quiet and shy 16-year-old (I know for some of you who really know me it’s hard to believe now) walking into a corporate building with no experience of the business world whatsoever, but I was willing to give it a shot. I had a brief meeting with Carrie Plasters who was the sales assistant at the time and on September 19, 2005, I was employed by EnviroTech Services, Inc. for what was supposed to be a semester long internship that would later turn into my future career. I was an intern for the entire office and completed many different tasks that anyone had for me including filing Accounts Payable files and credit files. I continued to take on small projects and looked for any opportunity to learn something new and before I knew it, I was even being trained to do minimal tasks in the customer management IFS system.

Although I was enjoying this new experience, I began to struggle with my home and school life. Luckily for me, but little to my knowledge, when I was employed by ESI I also gained a handful of “adopted moms”. While I was struggling to keep my grades up during this time many of the women that I was working with were keeping tabs on me. If I had a failing grade or a missed assignment, they knew about it and would hold me accountable. I would be given opportunities to work on my homework instead of clocking in, so I had a quiet and safe place to do so. I would have my grades checked once a week to make sure they were staying at an acceptable standard. They would check in on me personally to see what other help they could offer, such as a ride to or from school and work. Even if it was just a shoulder to lean on, they were there for me. 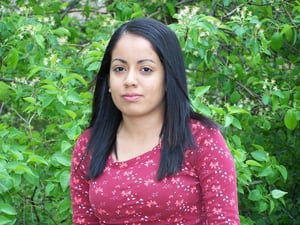 EnviroTech quickly became a sense of security for me, something that I could not find anywhere else at the time. When my internship ended, ESI still had a need for an intern in the office and extended my internship into the summer. When I started my senior year, I was enrolled in another class that would allow me to gain a credit towards graduation for working in an office and ESI agreed to keep me employed throughout that time. Flash forward to my high school graduation, which I know would have been nearly impossible without the support and encouragement from my ESI family. I was officially a high school graduate in 2007.

After graduation I had no idea what my plan would be next. I was just happy my hard work paid off and I was able to earn my diploma. Graduating from high school was something that I didn’t think was important or mattered considering very few people in my family ever graduated from high school but having so many people in my corner made me realize how important graduation was, and that I was worthy and capable of achieving any goal I set for myself, no matter how big or small. I continued to work for ESI and was given different tasks to fill my time. There were two open positions in the Order Fulfillment Team, which to you all now is known as order and delivery. I was encouraged to apply and interviewed for one of the two open positions. Those positions were filled by two people who would later become my teammates. ESI agreed to let me continue to intern until I decided what to do next. Within days, a 3rd position in the “OFT” opened and I was offered the job. 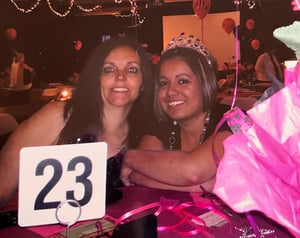 On January 25, 2008, I became a full-time employee with EnviroTech Services, Inc. My manager was Michelle Mills and I learned and grew so much in those 9 years while in the position and under her supervision. I went through some of the toughest times in my life as I transitioned into an adult and a professional and, without missing a beat, my team was there to support me and encourage me through it all. As we all know, things must change for us to grow, and the company regionalized the OFT to what is now the Order and Delivery Team. Right before this change I applied for the operations assistant job and was promoted in December of 2017. I held this position and then it transitioned into the Bid Administration position. On March 4, 2020, I accepted the position of Credit Administrator/Inside Sales. Even now 16 years into my career with ESI, I continue to learn and grow professionally and personally every day. 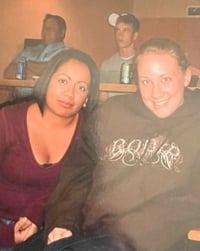 I can’t even begin to describe how thankful I am that my path of life brought me to ESI. I have gained so many experiences, guidance, encouragement and so much more thanks to ESI and the people I have been blessed to work for and beside all these years. I never had a lot of positive role models growing up until I stepped foot into ESI, and I found so many people I admired and wanted to be like. Just to name a few, here are some of the lessons and traits I’ve learned and held on to from some of the people I’ve had the pleasure of working with at ESI. I’ve learned from Michelle Mills to always be tough, to believe in myself and to always give the respect you want in return and most importantly to always be the duck 😊 I’ve learned from Carrie Plaster to trust my own knowledge and always try to learn something new and never be afraid to be innovative when it comes to trying new things. I’ve learned from Lois Ham that it’s okay to be gentle on myself and to always be kind to others. I’ve learned from Kenberley Field to be strong in all I do and never be afraid to show people my knowledge and to be proud of all that I know. I’ve learned from Tonja Pitt to never be afraid to be myself and be proud of who I am. I’ve learned from Amber Irsik to always be a professional, believe in others, and always look at the bright side of every situation. This is just a small fraction of the investment that all of you at ESI have put into me from when I was a 16-year-old sophomore in high school to the adult I am now. I am grateful for every single person who has crossed my path because everyone, in some way or another, has contributed or invested in the person I am today.

In a sense you could say I was raised by ESI. I have achieved more than I ever thought possible. I’ve learned that there is no limit to what I am capable or worthy of. I’ve broken generational curses thanks to the guidance and security that ESI has provided me, which has allowed me to become a positive role model for my nieces and nephews. I have become the woman that I am today because of this experience. It amazing how what was supposed to be a semester long internship would end up having such a huge impact on me. I have built lifelong friendships. I will forever be grateful for growing up here and having ESI become not just my place of employment but my second family and my second home.