FcaWhen snow and ice melts, the salt goes with it, washing into our lakes, streams, wetlands, and groundwater. When winter comes and snow and ice build-up on roads, parking lots, and sidewalks, one of the most common reactions is to apply salt, which contains chloride.

A study termed the “Freshwater Salinization Syndrome,” have occurred most prominently in densely populated watersheds in the eastern and mid-western U.S. where salinity and alkalinity have increased most rapidly. Cities, counties and states are doing different things to reduce and limit the Chloride (Cl-) in their water.. 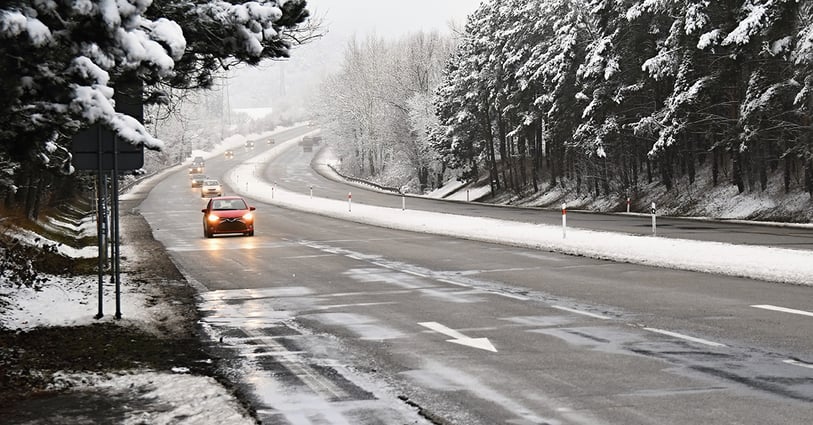 A few of the innovative approaches are below...

In Minnesota the TCMA (Twin Cities Municipal Authority), which contains the Cities of Minneapolis and St. Paul plus the surrounding cities in the neighboring seven (7) counties. Chloride concentrations were above the water quality standards in 30% of the wells in the Twin Cities metro area. But even if we quit using road salt today, it would take decades for that chloride to be flushed out of the system Scientists say the best solution is starting now to change old habits — like getting snowplow operators to use less salt. Now, screens inside the plow’s cab give detailed information about the outside conditions, and what to put on roads to make them safer — whether it is a straight salt brine, or a solution with magnesium chloride. Modern training for government & commercial groups in Minnesota sponsored by The Freshwater Society, which focuses on the wise use of road salt creates a win-win situation that protects the environment, reduces community expense, and ensures safe roads. Highlighting the latest innovations in road salt application and technology.

In Wisconsin, the City of Madison, is looking to reduce Chloride levels in water, and is actually paying people to use less deicing salt. To improve the region’s surface water quality and avoid costly treatment plant upgrades, Madison Metropolitan Sewerage District is encouraging area businesses to reduce salt use and apply for rebates through the district’s chloride reduction program. The rebate program helps businesses large and small and operates on a first-come, first-served basis. Rebates tied to salt reductions to the sewer system in pounds per month; for example, facilities that reduce salt to the sewer system by an average of 500 to 1,499 pounds per month qualify for a $1,000 rebate.   Sodium chloride, called table salt or rock salt, is composed of approximately 39 percent sodium and 61 percent chlorine. It is the chloride portion of salt that is covered in the district’s permit and consultants estimate a minimum cost of some $400 million to remove excess chloride from the wastewater stream. To avoid the potential 40 percent cost increase to ratepayers, the district is working to reduce local salt use on the front end.

A Dupage County, Illinois study from 2012 Illinois State Water Survey, showed that chloride concentrations in Illinois waterways have been steadily increasing since the 1960s. Much of the increase is attributed mainly to road salts that are used in the winter to melt snow from sidewalks, driveways and roads. Substantial application of road salt in the U.S. began in the 1940s increasing to an annual average of 9.6 million metric tons/yr of NaCl-based road salt in the 1980s and 19.5 million metric tons/yr in the last 5 years reported, ending in 2011 (Kelly and Matos, 2013). These chlorides never fully dissipate when storm water and the runoff carries road salt into storm drains and streams.  To limit excess Cl- use for snowfighting, two deicing workshops are held each year for public and private entities. Participants who passed a deicing exam are recognized as having received training in best management practices to reduce pollutant loads originating from deicing operations.

In Connecticut the goal is not to get down to wet and bare pavement. Motorists in a snowstorm will find more snow-covered roads as they arrive in Connecticut and drive through. The state limits its use of salt on the roads to 200 pounds per lane mile, which is much less (as much as half what some other states use). Keven Nursick, DOT spokesperson, said this formula, which is firmly established as Connecticut's official storm response, is based on scientific analysis. The only chemical upgrade occurs when it is very cold, and another gallon of liquid magnesium chloride is added, Nursick said.

Maryland is targeting a 30 percent reduction in salt usage without compromising motorist safety, the State Highway Administration, along with most county and city departments, are developing new techniques to treat roads. Up until the last 5 years in Maryland, roads were treated with salt after snow started to fall. By then, snow and ice have bonded to the pavement. It takes more salt to break this bond than to prevent it. Now when snow is forecast, special tanker-trucks with pumps and spray nozzles filled with salt brine move out to coat the roads. The snow and ice never bond to the road, so less total salt is required. The technique is called anti-icing, with trucks spraying brine in a pattern of stripes, eight to 10 per lane at about a foot apart. Salt is still applied, but it, too, is pre-wet. Previously, dump trucks lost nearly 30 percent of salt off the road. No more. Now, traditional salt spreader trucks are being equipped with saddle tanks and nozzles. Water/brine is sprayed on the salt as it exits the truck. Pre-wetting both hurries melting action and reduces salt “bounce and scatter.”

Still, rock salt is a relatively inexpensive and effective way to lower the freezing point of snow and ice. And some cities are going back to using it to enhance the protection of people. A pilot project is taking flight in Northeast Oregon. It involves using Rock salt by the Oregon Department of Transportation to combat ice on Interstate 84 in Northeast Oregon for the first time in at least two decades. It is believed the use of salt will limit the number of crashes on Interstate 84 in the region this winter. Salt is being used along with the liquid magnesium chloride and crushed gravel Oregon DOT has been using for years to combat icy roads in the winter will decrease the number of auto accidents.

Some Best Practices for keeping Road Salt more specifically the chloride out of the water are: